The 2012 Outlander was one of the most loved vehicles in its class because of the beautiful work that the Mitsubishi team did with the exterior design.

The 2013 upgrade of the vehicle is a bit more different but it comes with a range of important improvements.

Space utilisation and cabin quality have both been improved significantly in the 2014 Mitsubishi Outlander.

This crossover compact SUV’s exterior design is one of the most changed aspects in the 2014 upgrade. The Mitsubishi team has focused on practicality and functionality. 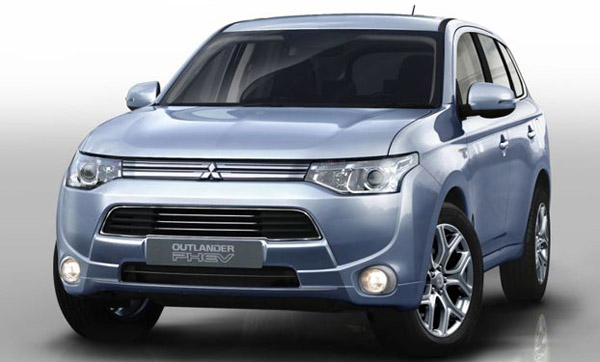 Customer feedback was used to create a much more aerodynamic exterior design that will probably appeal to a larger target audience than the appearance of the 2012 Outlander. The side and the front have become much cleaner and the back has been enhanced through the addition of a new one-piece tailgate design.

The plain interior design was one of the biggest Mitsubishi Outlander shortcomings. The company has worked hard on addressing that issue.

According to professional Australian car reviewers and testers, the new third row seat is among the best and most functional creations to be ever released.

In terms of functionality and safety, the Outlander does deliver. Each of the model is equipped with a range of safety features with the most advanced technology being available in the Aspire version.

Some of the most interesting features that deserve to be mentioned include forward collision mitigation system, a touch-panel control system, adaptive cruise control system and reverse sensor aid.

All of these improvements have given the Outlander five stars out of five possible from the Australasian New Car Assessment Program (ANCAP) in terms of safety.

Under the Hood and Performance

Two petrol engines have been added to the range. There is a 2.0Lt 4cyl SOHC petrol engine that the entry level models are equipped with and a 2.2-lt turbo diesel engine that comes with the mid-range and the premium Outlander models.

The 4WD Aspire is available in prices ranging between $45,490 and $49,490. The Aspire Premium could come with additional safety features that will be available for an additional payment of $5000.

The 2014 Outlander is a much better looking car than its predecessor. The plain and simple interior design has also seen significant improvement. Superb safety features increase the appeal of the vehicle even further.

Though there are a few shortcomings like the lack of proper support for the front seats, the Outlander is a wonderful SUV possibility that has held its market position over the years for a reason. If you’re considering some larger SUVs, check out our list of top 7 seater cars and SUV’s.