The New Kia Sportage is pretty hot in Australia right now. The Midsized SUVs like the KIA Sportage make a lot of sense for car buyers.

They provide a commanding driving position with an excellent view of the road ahead. They are less expensive to buy and run than their bigger, thirstier cousins.

They also happen to be extremely versatile vehicles and can handle almost everything that you throw at them – except extreme off-roading.

They are good for schools runs, long drives, commuting as well as the occasional camping trip. 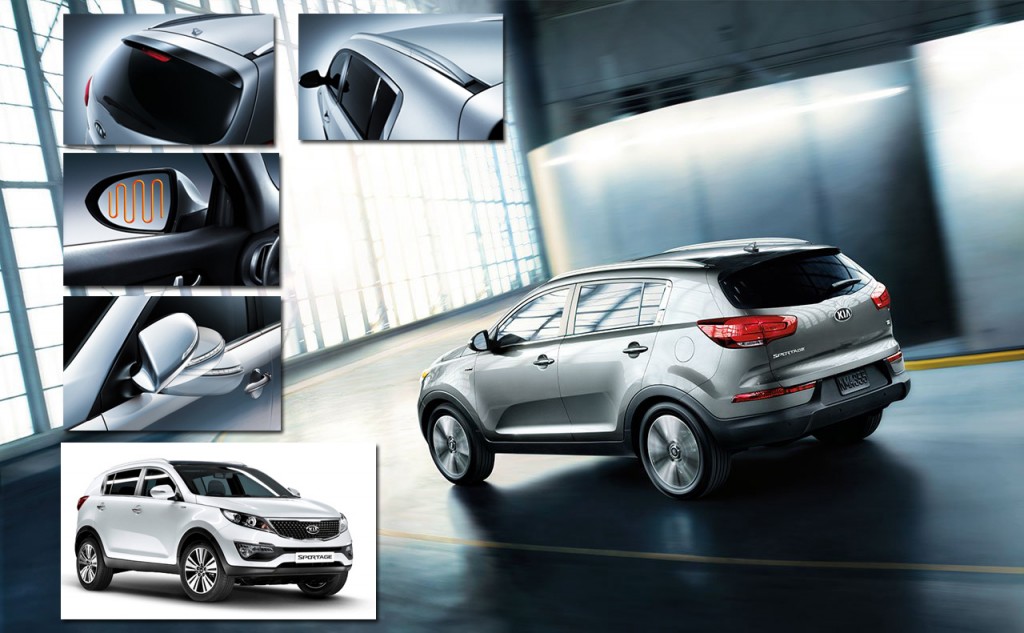 Impeccably detailed for convenience and style you want.

Also, unlike sedans and hatchbacks, you do not have to worry about scratching the underside of your vehicle on bumpy or unpaved roads.

Unless you plan on driving to the North Pole, a midsized SUV is all the car you will ever need!.

Let us find out if this car is worth your money.

OK, the KIA Sportage will probably never win any beauty contests! This is not a jaw-dropper like the Range Rover Evoque or Mercedes M-Class.

No teenage boy is ever going to hang a Sportage poster on his bedroom wall!

Still, the car is much better looking than the first model which was launched in 1996. The bland styling of earlier models failed to attract buyers.

However, Kia hired renowned designer Peter Schreyer to address this problem and the looks of the car have improved radically since then.

The 2015 Sportage does not have the aggressive and masculine appearance of a thoroughbred SUV.

However, the swept back headlamps, clean shoulder lines, sloping roof and tall stance lend a sense of purpose to this crossover.

The car looks simple yet smart. Optional extras like daytime LED lights, 17 inch alloys and roof-rails make it look meaner and leaner than the basic version.

The interior of the Sportage is minimalist and elegant. The infotainment system, although basic, is very user friendly.

The higher specification models get a 7 inch LCD monitor while the lower specced models are equipped with only a 4.2 inch screen.

The red lighting on the instrument cluster looks cool at night, but is hard to read during the daytime.

The front seats are reasonably comfortable. The rear seat too is quite decent. Surprisingly, there is enough headroom in the back despite the sloping roof. 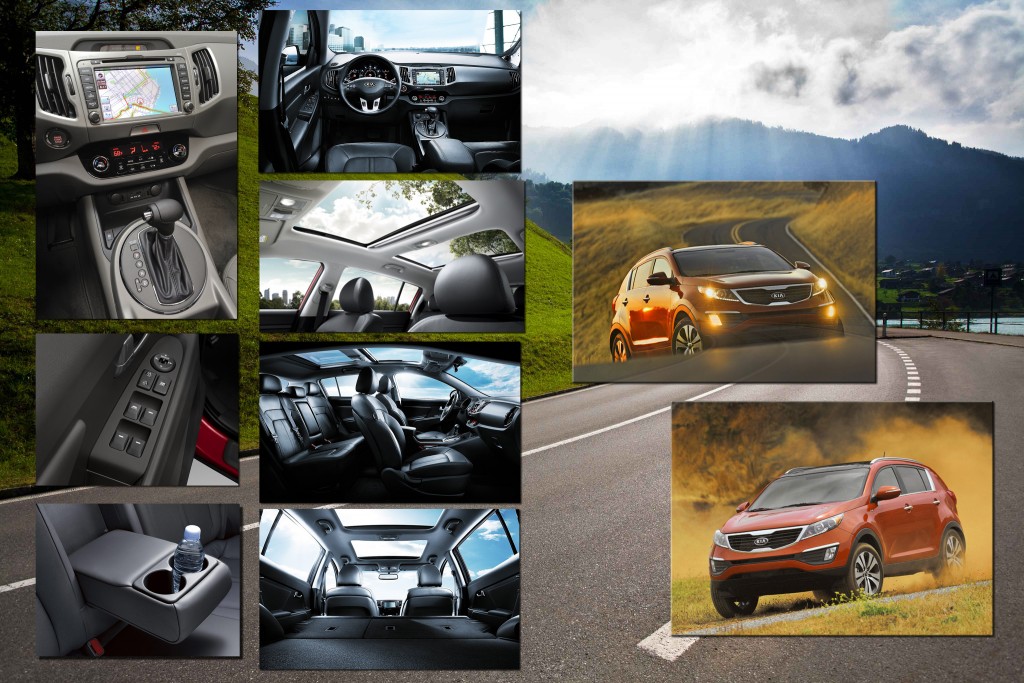 Sets a new standard for a luxurious, refined with comfort mid-sized sedan.

However, shoulder room is an issue. You can definitely squeeze in three people for short drives.

However, it is best to stick to just 2 people on longer journeys.

There are no rear AC vents but the front AC cools the cabin fairly quickly so this is not a major issue.

The Sportage offers 1353 litres of boot space with the rear seats folded down and 564 litres with the seats up.

The petrol engine produces 122 kW of power and 205 Nm of torque.

This engine is mated to a 6 speed automatic or manual transmission.

The petrol model of the Sportage is available in both 2WD and 4WD.

The diesel engine is significantly more powerful and churns out an impressive 392 Nm of torque and 135 KW of power.

This engine is only available with automatic transmission and 4WD.

There are no paddle shifters on any of the Sportage models – this car is aimed at families, not enthusiastic drivers.

Hence, Kia has focussed more on efficiency rather than driving pleasure.

Still, both the engines are pretty competent and you will not be complaining unless you are going to use this car for street racing. (Which is illegal, by the way)

All Sportage models can be used for towing a 1600 kg braked trailer.

However, better get the diesel if you intend to tow – the near 400 Nm of torque will come in very handy! 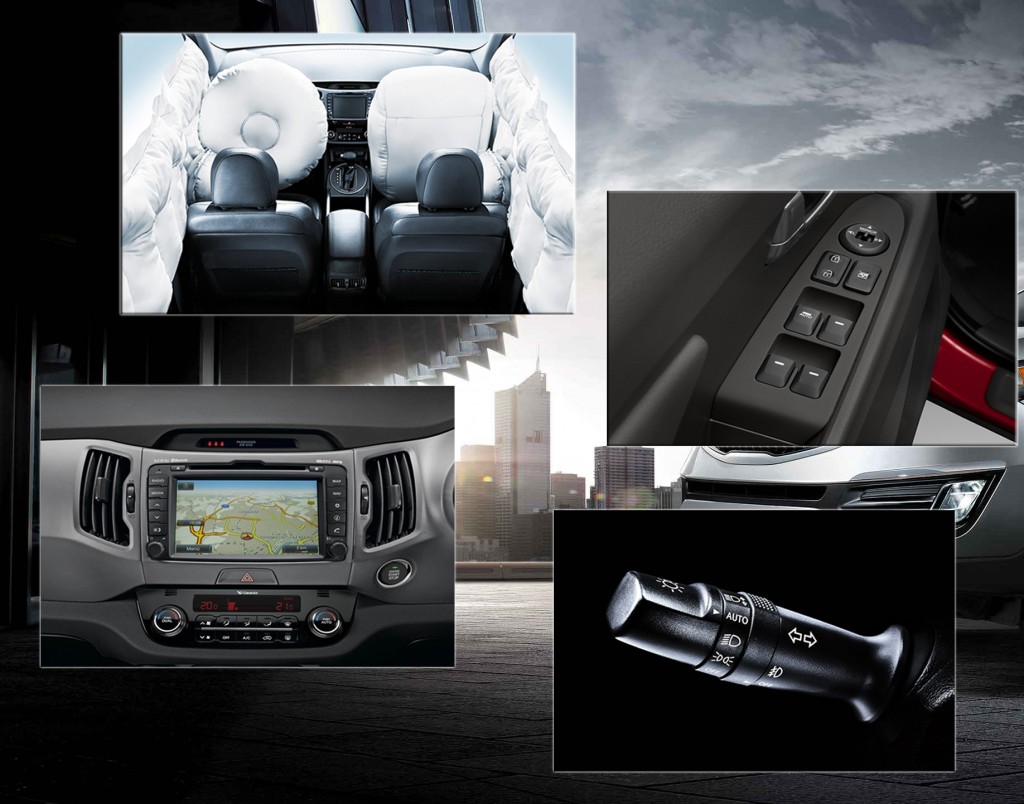 Furbished with highly planned safety features like no other.

This is of the safest family cars. It is equipped with;

The SLi and Titanium models also have the added bonus of front parking sensors. 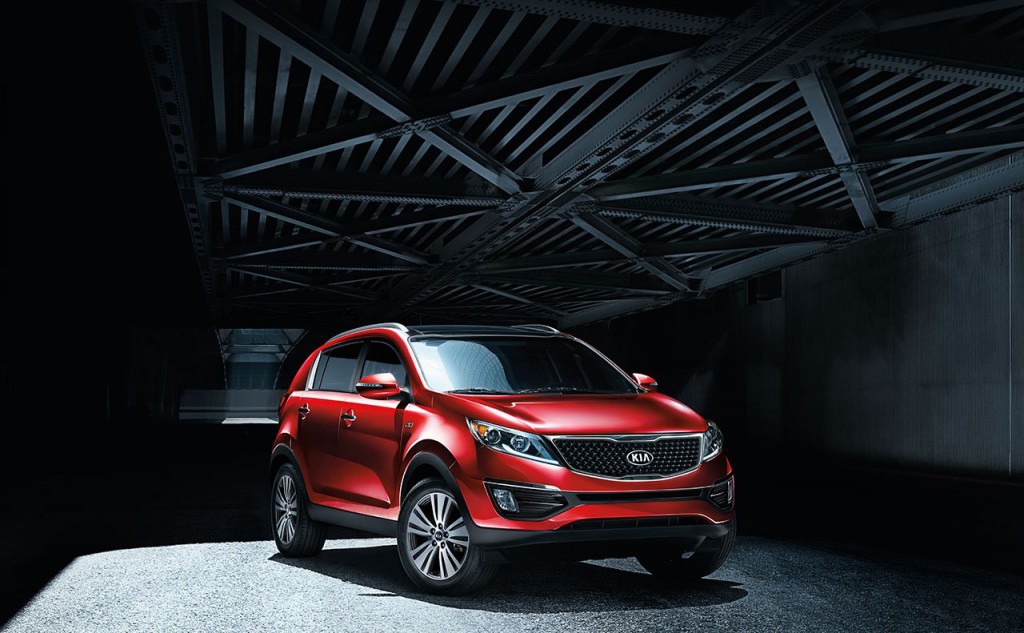 Performance, style and cutting-edge features, you will find them all in Kia Sportage.

The best thing about the Kia Sportage is its 7 year, unlimited kilometre warranty!

No other car manufacturer offers such a deal, making the Kia a very tempting buy.

This crossover is priced very competitively – the base petrol model retails for $29,900.

The fuel efficiency of 8.4l/100 km is also pretty good, considering the fact that this car weighs 1.5 tons.

Maintenance costs are negligible thanks to the 7 year warranty.

The Kia Sportage 2015 makes a very strong case for itself as a family car.

The slightly stiff ride is more than compensated for by the excellent driving dynamics and tight handling. It offers a passenger car-like feel and is easy to manoeuvre in traffic.

Its big boot has a voracious appetite for luggage and the crossover can hold its own even in the bumpy countryside.

The only downside is that some of the competitors offer better equipment levels.

However, we are sure that Kia will address this issue in the refreshed model which will be released later this year.

All in all, the Sportage is a great buy, provided you have realistic expectations about its sportiness!