Volkswagen is one of the most respected automakers in the world. The company broke into the UTE market in 2010 and since then it has never looked back.

While it entered the UTE market in 2010, Volkswagen has managed to rival the likes of Toyota, Ford and Mazda who have long been dominant in the UTE market.

The 2014 model, just like its predecessors, the Amarok Dual Cab comes with sufficient space, safety features, and fuel efficient engine.

This, coupled with its toughness, has earned these family cars fantastic praise the world over. The 2014 model is offered in Dual and Single cab and either in 4Wheel drive and 2 Wheel drive forms. 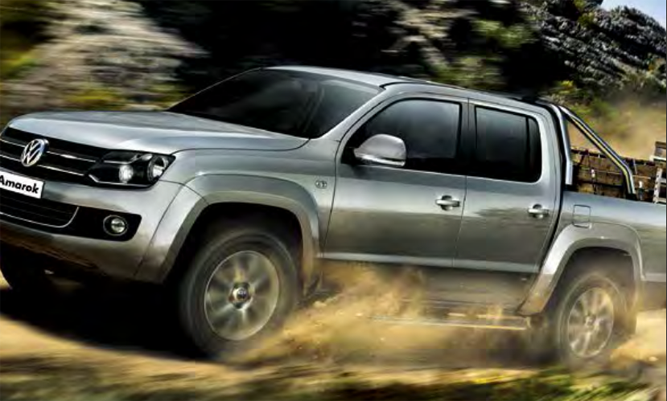 For Family -Fun and Freedom

The 2014 model is a vibrant sweetheart that can match Ford, and it is the bold design statement which eschews the nervousness that still worries some of the industry’s major players. The tub has a robust plastic liner, 4 tie-down anchor points, a locking tailgate and a power outlet.

The Amarok Dual Cab sports the widest measurement in between its wheel arches and it poses the second-lowest load-floor height. Both its front and back seats are fitted at the lower end of the scale, allowing for easier entry and exit. 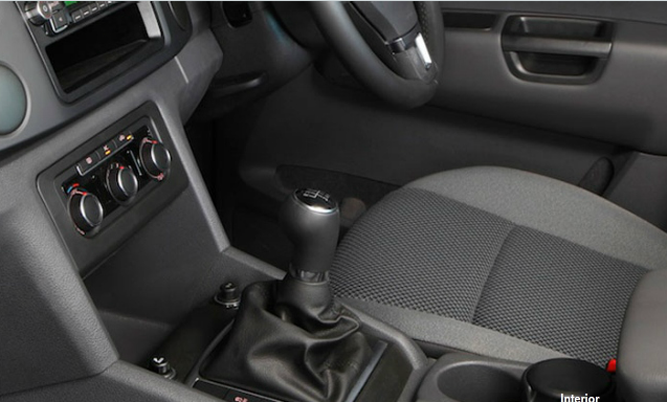 Comfortable in the front

With one of the spacious interiors in the segment, Amarok’s interior is as comfy as it’s practical. Its cloth-upholstered seats provide excellent support as well as full manual adjustment. Unlike the Colorado or D-MAX where the driver sits high, this UTE offers the driver great comfort thanks to its comfy driver seats.

The back 60/40 split-fold seating provides extra flexibility, although there are no storage cans beneath. A strap on either side of the back seats must be pulled in order to release storage bins. Though awkward, Amarok comes with the ISOFIX child seat system ideal for a growing family.

The Amarok comes with unique on-road and off-road features which allow it to tackle the different kinds of terrains and obstacles with ease. The 2014 model is at home on-road and or off-road, with exceptional performance, class-leading towing capacity as well as refined occupant comforts.

With the features you expect of the Volkswagen, you may actually forget that you are riding in a rugged workhorse. The refined interior makes riding a pleasure particularly with the smooth automatic gear-box.

With the exception of Amarok TSI300, which is powered by a 2.0-litre turbocharged 4-cylinder petrol, all diesel Amaroks run twin-turbos. Its fuel consumption hovers around 10.0L/100km which is terrific for a car with this weight and capability. 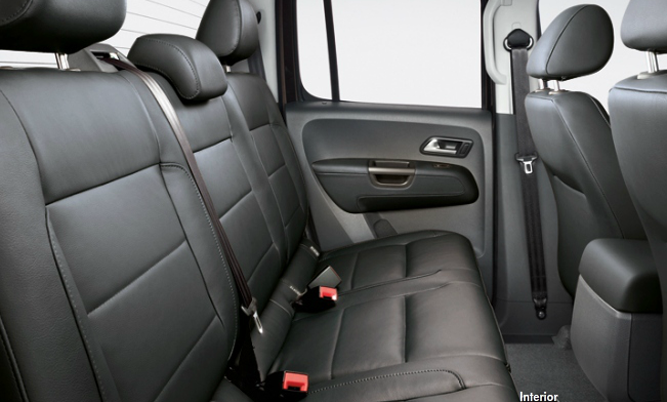 Room for the Kids in the double cab

Although some people doubt the ability of a 2.0-litre engine UTE to pull a heavy load, this vehicle has continued to deliver great performance with this engine. From its ladder-frame chassis up, this vehicle is tough. With its twin-turbo 2.0-litre engine you can go wherever you want, even through water with the depth of 500mm.

In the world of different models of UTEs, the Amarok stands head and shoulders on top of its competitors. For the 3rd year consecutively, the Amarok has squared up to the contest and scooped a coveted Auto Express Pick-up of the Year Award. Sturdy, great value and comfortable, the Amarok is a top UTE choice.